Life is certainly one continuous journey that keeps on rolling and evolving from one experience to the next. We are often reminded that the journey is the important part to enjoy and need to remember the old saying of, “It’s about the journey, not the destination”.

Episode 100 for us, is however a milestone and one that we thought long and hard about as to who would be the ideal guest. The Ridiculously Human Podcast, is about normal people, no matter what their supposed status may be in society. Each one of us is unique and has a story to tell. If we can help tell the story of one of our buddies and greatest supporters, then that’s the best way we can bring in Episode 100!

The journey and story of our guest this week, Dylan Herholdt, has been one filled with many challenges, some of them self-inflicted, others you would never wish on your worst enemy. 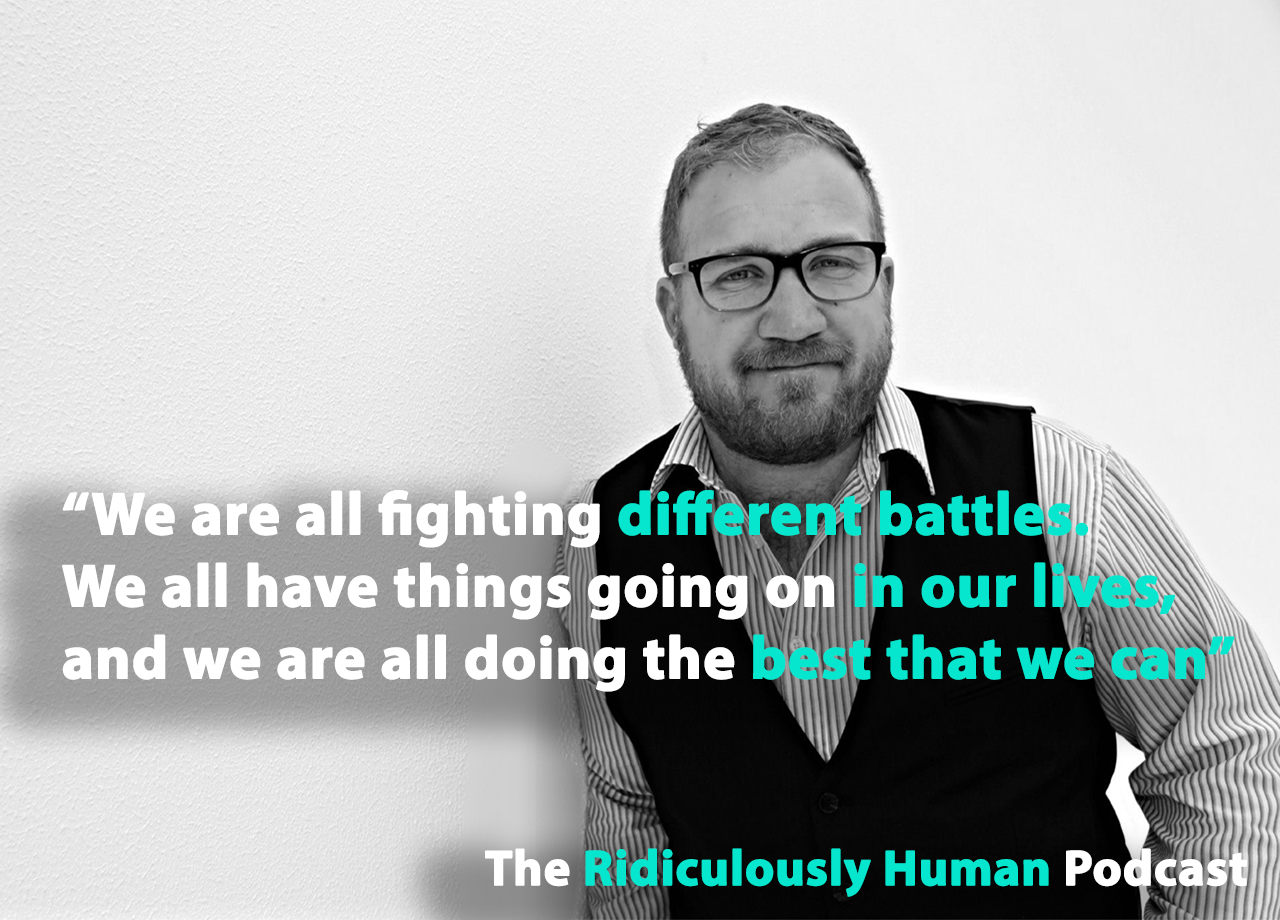 Dylan’s parents got divorced when he was young, which meant that his level of responsibility was immediately upgraded, whether he wanted it to or not. From a young age, he took on the realm of the man of the house.

His folks’ divorce was confusing for him which resulted in anger issues and him also feeling a little lost in his early teens. At school, he took out his anger on some of his fellow pupils, but serendipity stepped in when he chased one of these pupils into a classroom, only to find a room full of people praying.

Dylan has always been a people’s person and someone who likes to help others in need. So the way he thought he could carry on doing that after school, was by going to bible college to study theology. He noticed, the more he studied the ancient Hebrew and Greek scriptures and translations of the Bible, the more he started questioning the true meaning of what it was actually saying.

In 2009, he moved to Portugal, which was extremely badly impacted by the 2008 global financial crisis. It was not necessarily the best time to arrive in a country where you don’t know the language, the culture, have many friends, or know what sort of work you are going to be doing.

Fortunately, his parents had started their own property business and asked him to join them. As the economy was not doing well, he had to somehow supplement his income and started playing music in bars.

Not long after his son, Ben was born, Dylan started to feel ill. For a while, he tried to shrug it off and ignored all the warning signs of what he probably knew the diagnosis would be. One day, Diane, his fiance, forced him to go to the hospital and what he had been dreading, became a reality. His TTP, which he first contracted as a 19 year old, had returned for the third time in his life.

Dylan spent 5 months in hospital. He was constantly on dialysis machines and his blood platelet count would fluctuate from day to day. A couple of days before he was meant to go home, he contracted a bacterial infection from a fellow patient. It was that infection which sent him into a very quick downward spiral. All those months of positive self-talk, listening to Podcasts, being cheery and speaking to other patients and nurses, walking many kilometres up and down the hospital passages, and the gratitude journaling… now came into full force.

Dylan fights on and knows that only he can make a success of this, of course with the help of the doctors and his amazing support team of family and friends too. At times when things are extremely tough, he reminds himself that he is lucky compared to others who are worse off.

This conversation is three buddies doing what they do best which is talking, enjoying and sharing moments of our short time on this planet.

Let’s find out what it means for Dylan Herholdt, to be Ridiculously Human.

Podcast – How I Built This with Guy Raz

Book – The Biology of Belief