“What is that one thing you would do for free if you could and how would you use that to help other people?”

90% of people are living a life which they think society requires them to live, or they come from certain cultural backgrounds with pressures to align themselves in reputable careers and industries. Fortunately though, for anybody living in this current era, it is easier now than it ever has been, to try something new if you feel stuck.

For our guest this week, Gavin Aung Than, cultural expectations and family pressures were real factors that impacted his decision with what he really wanted to study and also the career he had to settle on choosing. 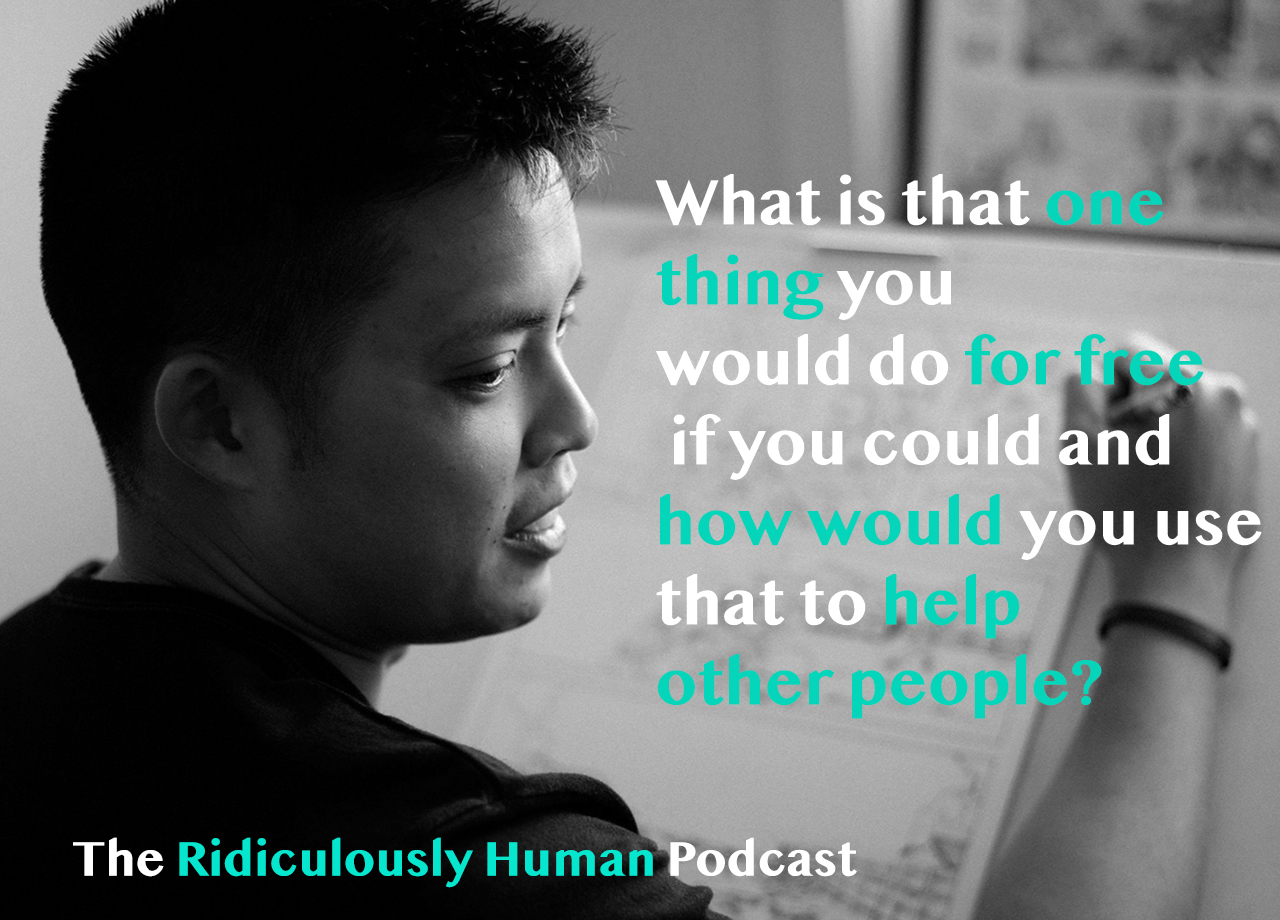 Gavin was born in Perth, Australia, and is of Burmese heritage. Growing up, he was always distracted by doodling in class. Gavin and his brother used to collect comics which was a way for them to become better readers, or so they say 😉 Comics like, Teenage Mutant Ninja Turtles and Transformers, helped nurture and shape his learnings and creativity.

He always wanted to be a cartoonist and his parents sadly never believed he could make a career out of drawing. Eventually, he settled on studying graphic design.

His first job was working at a local newspaper as a graphic designer. After working there for eight years, he was worn out. During that time he had also posted over 350 cartoons in the newspapers cartoon strip section, but he still didn’t have the traction he had hoped for.

After going down the self-help route, it triggered him to go 100% into the cartooning industry. Gavin and his wife sold their house to have a financial safety net and he gave himself a six-month window to see if his new venture called, Zen Pencils, would work…

These days, Gavin is a New York Times bestselling cartoonist and creator of Zen Pencils, a cartoon blog which adapts inspirational quotes into comic stories. His work has been featured by The Washington Post, The Huffington Post, Slate, Buzzfeed, Gawker, Brain Pickings, Upworthy, Mashable and has been published into four book collections.

His work has encouraged some of his readers to also quit their jobs and pursue their dreams, he has readers who get tattoos of the quotes in his cartoons, other readers use his cartoons to learn English. The cool thing is, he is just getting started. He continues to inspire others through his art and is soon launching a new kids book series.

This man is an inspiring human and we encourage you to check out his thought-provoking, quirky, funny and beautifully crafted cartoons.

Let’s find out what it means for Gavin Aung Than, to be Ridiculously Human.

Connect with Gavin Aung Than:

The Art of Non-Conformity by Chris Guillebeau

The Side Hustle School Podcast