“One of the best teachers is actually getting your hands dirty, doing the work and then learning as you do it”

There is a difficulty in turning goals or ideas into reality. We create hurdles and barriers, then become overwhelmed and often never get out of the starting blocks. We forget our ABCs – Action Brings Clarity.

Our Podcast guest this week, Jared Easley, lost his Dad when he was young. In their short time together his Dad had a major influence on him and left a great legacy behind. Jared recalls his Dad being a person of utmost integrity who always treated people well. He treated people with kindness and would never say anything bad about anyone. All great lessons that Jared would carry with him throughout life. 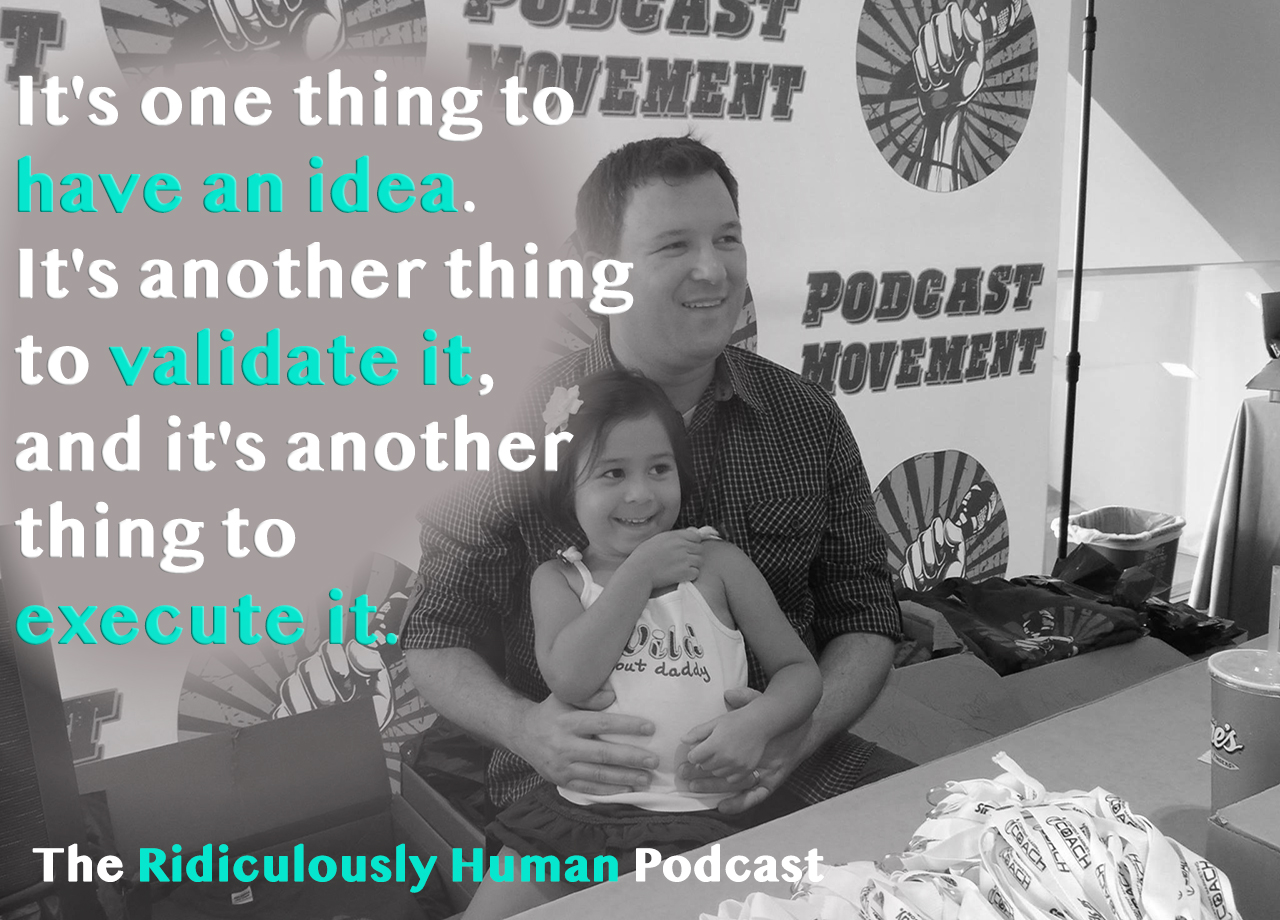 As a youngster, Jared, was a fine musician and always dreamed of a career on stage and performing some day. Alas, it was not to be and sadly, fear and self-doubt starved him of that dream.

Joining the Navy provided him with many more lessons, ideas, experiences and friendships that he could have hoped for. Working as an electronics technician played out nicely and being stationed in Pearl Harbor was a highlight.

Being based in Hawaii, he met a lot of Filipino people and fell in love with them and their culture. Jared’s wife now, Rachel, is a lady of Filipino descent. He was quite a shy guy, and after he moved to Florida, he decided to put himself out there and went to an event at a club and lo and behold there she was at the party, and the rest is now sweet history 🙂

Jared joined the corporate world for around 10 years. However, at some point along that timeline he started to get itchy feet and wanted to do something else, something a little more fulfilling and that gave him purpose.

In 2013, Jared started his Podcast called ‘Starve The Doubts’ – the name being quite synonymous to his own journey as it took him about 9 extra months to start his Podcast because he had to overcome certain doubts he was having!

Jared also did his fair share of attending various conferences and through doing that, to his dismay, he found out that there was not a specific ‘Podcast only’ conference. After some exploratory work and getting in touch with other people who had run large conferences, Jared and his co-founder, Dan Franks, launched a Kickstarter campaign and raised $10,000 in one day. They ended up raising $30k, which was the cash and recognition they needed to create Podcast Movement.

In 2018, after effectively working two full-time jobs for a few years, they went all in on Podcast Movement. He had a 6-month runway of cash, and today they can proudly say that they run the largest Podcast conference in the world and have also created a business and small team around the Podcast.

Jared, to us, is one special man who is incredibly humble. He is a master in building and nurturing communities. He has extremely high values and ethics and is the frontman for diversity and inclusion in all that he does. He is charming and sees the world in an optimistic light, which is so refreshing. Besides having an incredible story, he has a vast amount of knowledge and wisdom that he shares with us around life, podcasting, community building and being a good person. To top it off, he has a sweet sounding Alabamian accent to make you just want to listen to more.

Let’s find out what it means for Jared Easley, to be Ridiculously Human.