Probably the most important ingredient of any relationship in the world is communication. You would think that everyone in the world would be an absolute expert at communicating well, if you follow the 10,000-hour philosophy that is. However, sadly, that is not the case and poor communication, and lack thereof, seems to be the catalyst to the downfall of most things.

Our guest this week, Michael Bungay Stanier, knows this all too well after spending 1,000’s of hours teaching people how to be better at managing their employees, by being curious for longer and holding back to offer advice 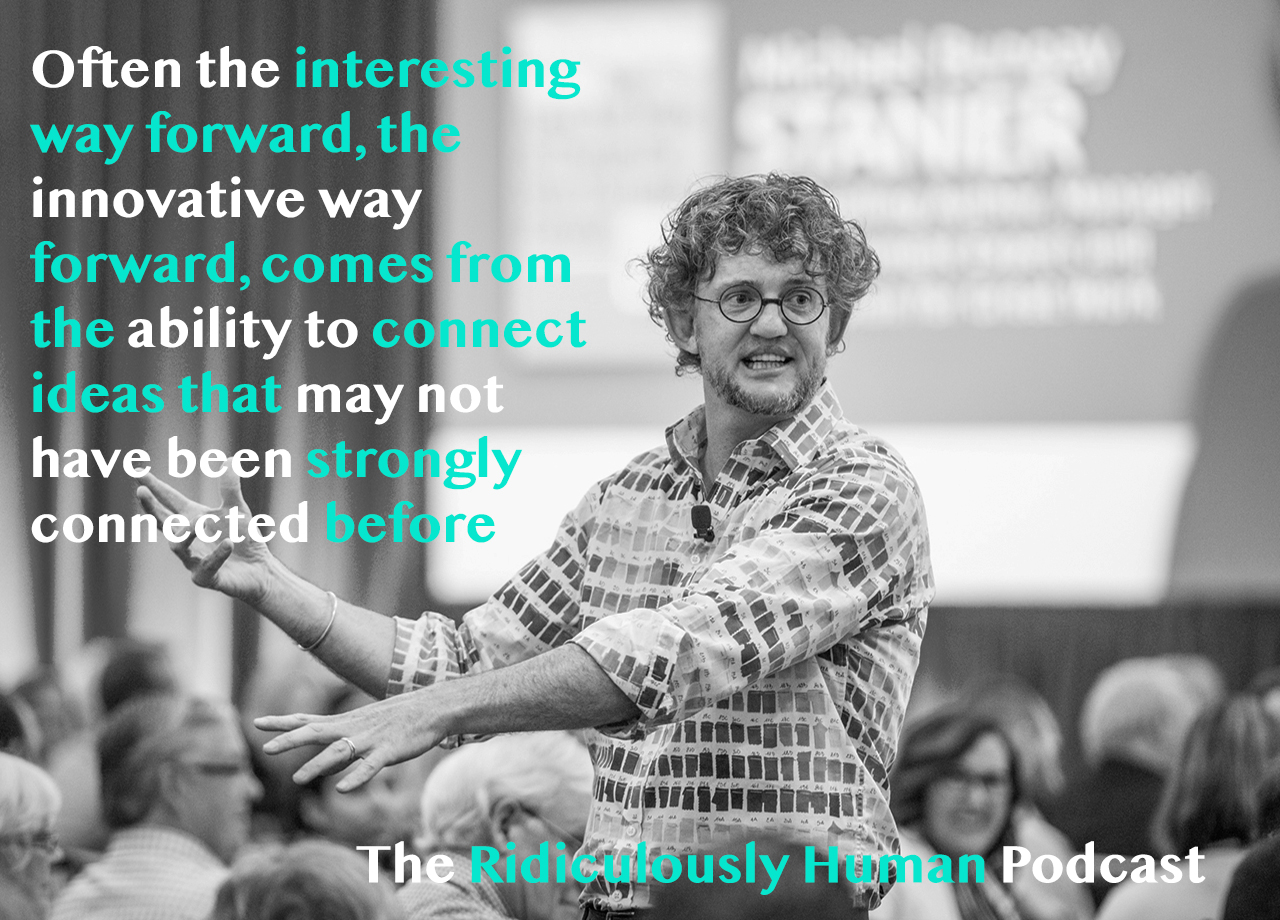 Michael grew up in Canberra, Australia, where he flourished as a child. He was born with a cleft lip and slight speech impediment, but that didn’t phase him in the slightest as he had so much else going for him.

He enjoyed playing sport but was also a massive bookworm. He was able to read rather quickly which allowed him to become a well-read and intelligent young man. He was also grounded with good morals and ethics early on, by working as a milkman for four years.

Michael remembers a few incidents which left him feeling powerless, frustrated and made him start questioning what power means and the responsibility which comes with it. Those incidents instilled values in him which are focused around fairness and not abusing your power.

After school, he studied English and Law in Australia, before moving over to the UK where he studied Modern Literature at Oxford University. Oxford was also where he met his wife, Marcella!

After a few years of working in the corporate world while living in London and Boston, he and Marcella moved to Toronto. That’s where Michael set up his business, Box of Crayons. Box of Crayons, is a training company which champions coaching as a force for manager excellence, leadership development and cultural change.

Michael is also recognised as one of the worlds top coaches. He has written many books, his most well-known being, The Coaching Habit. Although one book he wrote which is close to his heart called, End Malaria, raised $400,000 for the charity organisation, Malaria No More.

Let’s find out what it means for Michael Bungay Stanier, to be Ridiculously Human.

Get Unstuck & Get Going

A Room Of One’s Own – Virginia Woolf

The Answer To How Is Yes – Peter Block

A Brief History of Everything – Bill Bryson