“The energy you’re putting out there, will determine what kind of reactions you attract to yourself”

Being out in nature is one of the most energetic and soothing experiences a human can have. However, many of us are so blasé about our surroundings and never get to truly feel the many health benefits it provides. So in this modern day and age, most of us have lost our deeply rooted connection to nature.

Our guest this week, Nick Osipczak, has a huge amount of knowledge about the benefits of nature which stemmed from his curiosity with art and ultimately sacred geometry. 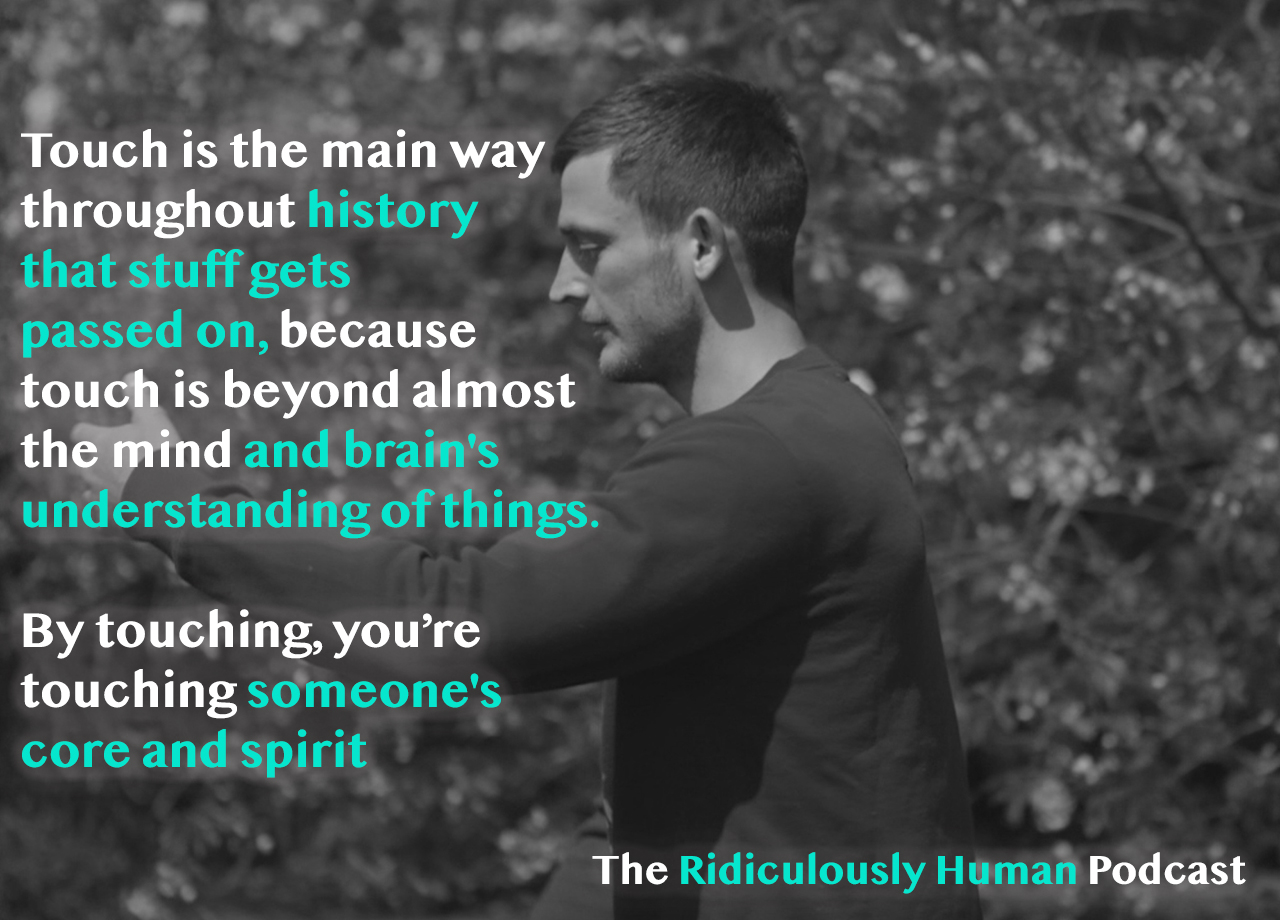 Nick was born and raised in South London. A place he does not associate much with these days. At school he tried to get away with doing as little as possible, which is why he took art as one of his subjects. He found that he actually enjoyed it, especially when he used to draw faces. He would draw them almost mathematically, without being aware of it.

His mathematical mind served him well in school, when he became interested and obsessed with gambling. Spending six hours a day gambling with his mates played into his ability with numbers, statistics, and analysing situations.

In University, he turned his attention to martial arts. Nick’s progression through the ranks was rather quick. Each week he’d take his progress, extrapolate it, align it with his vision and the results kept coming. Nick went on to compete in the Ultimate Fighting Championships (UFC) between the ages of 24-26. Being a professional fighter taught him many valuable lessons in life, which have now weaved their way into how he operates as a kind and caring human, a teacher, as well as a businessman and father.

Upon leaving the UFC, he embarked on a journey to learn and master the internal arts, or more specifically, Tai-Chi Ch’uan. This spiritual martial art focuses heavily on mind, body and soul, and is one of the most demanding arts in the world which requires pure dedication from it’s students.

In November 2017, Nick began selling his own range of organic CBD, and has gradually increased the amount of hemp-based health products on offer. He believes that hemp will play a critical role moving forward, and in improving the way we interact with our planet.

His gift is being able to see the best in people, and helping them fulfil their potential. He believes this must begin with a healthy and balanced lifestyle, in order for us to have the necessary energy required to live the lives we deserve. We are much more powerful when our primary motivations are to serve others. He emphasises the co-dependent relationship between the mind, body and spirit, by combining ancient oriental wisdom with modern science and research.

Let’s find out what it means for Nick Osipczak, to be Ridiculously Human.

Yijing or the Book Of Changes