“The biggest thing I noticed was people’s resistance to drinking water. Over 75% of Americans are chronically dehydrated, which is a leading cause of illness. Then they’re prescribed medication that dehydrates them more!”

Life can sometimes seem like a road of endless speed bumps, or a game of continuous curve balls. It’s your outlook and the way that you handle and deal with those challenges, that ultimately dictate how you act out your life.

Our guest this week, Lani Cooper, is a lady who has had to deal with her fair share of trials and tribulations. However, she also has a lot to thank for those tough times. They conjured up the grit and determination to make a difference in the world and to help her build a world class brand. 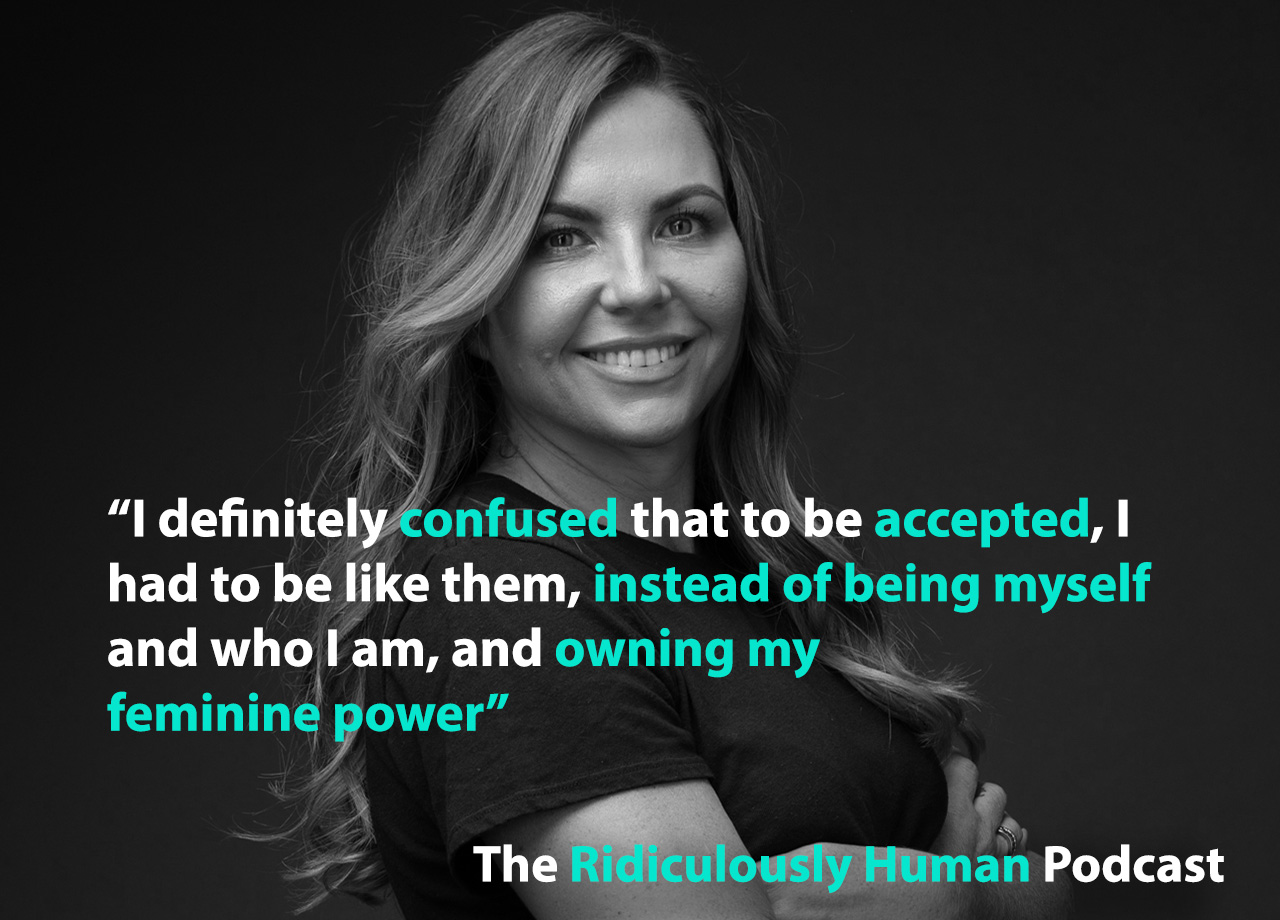 Lani, was born into an extended family of men! Her Dad got sick when she was young and they ended up losing everything. She became more introverted because she was getting bullied at school, for being slightly overweight and also being a Jehovah’s Witness.

As a youngster, Lani was definitely confused that to be accepted she had to be like the boys, instead of being herself and owning her feminine power. So it all went internal and she honestly didn’t know, but it led to an eating disorder and then eventually to drug addiction. It was ultimately yoga and hydration that saved her life.

She always had an entrepreneurial flair and spark in her and all these experiences were manifesting into something. Then one day, it struck her like a lightning bolt. A product people could use which combined all the things she was passionate about and had experience in… SMR (Self myofascial release or trigger point therapy), hydration, plastic pollution, and community building. Within 9 months of the lightning bolt moment, she had a prototype and patent for MOBOT. MOBOT is the original foam roller water bottle.

‘Courage’ should be Lani’s middle name. She moved over from Australia to the US in 2014, with two suitcases and only knowing two people. While playing touch rugby on the beach a guy took the game too seriously and ran straight into her, which ended up resulting in a serious brain injury.

She couldn’t understand voice tones, facial recognition, and would lose clarity. She had no sense of taste or smell, and couldn’t remember what food she liked, and had no filter when speaking. She also became very isolated, angry, and aggressive. To top it off, she almost lost her company and a lot of friends too. Her recovery involved a ton of meditation and other tools like hertz music, acupuncture, essential oils, water and of course SMR.

This is a lady who can definitely play with the big boys now, if she so chooses. Her story is one of resilience, aptitude, community, reflection and determination. Her smile and giggle are infectious and her desire to make this world a better place and bring people closer together are second-to-none.

Let’s find out what it means for Lani Cooper, to be Ridiculously Human.

Concussion – Film with Will Smith